Shinichiro Ueno, the owner of the Toyohisa-maru oyster hut in Shima-Kishi in Itoshima, proudly serves the rich and creamy Mirukugaki brand oysters. Carrying on an oyster farming operation started by his fisherman father, he opened Aqua Global Foods in his 20s, and his business encompasses wholesale sales, online sales, import and export. 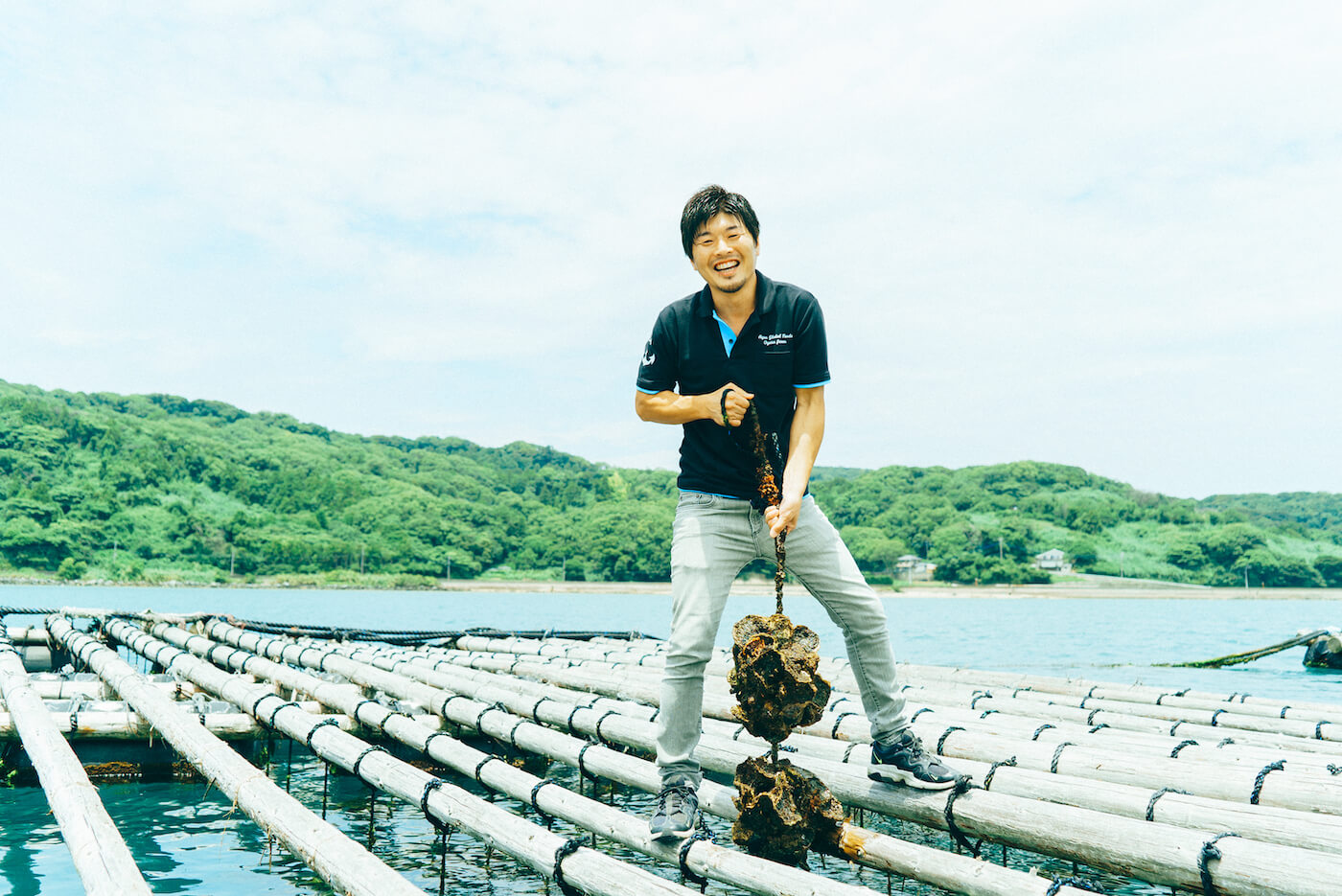 Did you always want to take over your family’s fishing business?

No. When I was a child, my mother told me not to become a fisherman. My family used to practice nisou gochiami, a fishing method where two fishing boats run side-by-side with a net stretched between them. Our house was full of awards, so I think there was a time that my family landed large quantities of fish and seafood. By the time I was in junior high school, however, the number of fishermen was decreasing rapidly. Fishing catches dwindled for a variety of factors, and coupled with the rising cost of boat fuel, my parents had to ask themselves “what’s next, “so I grew up watching them struggle with the changing situation. 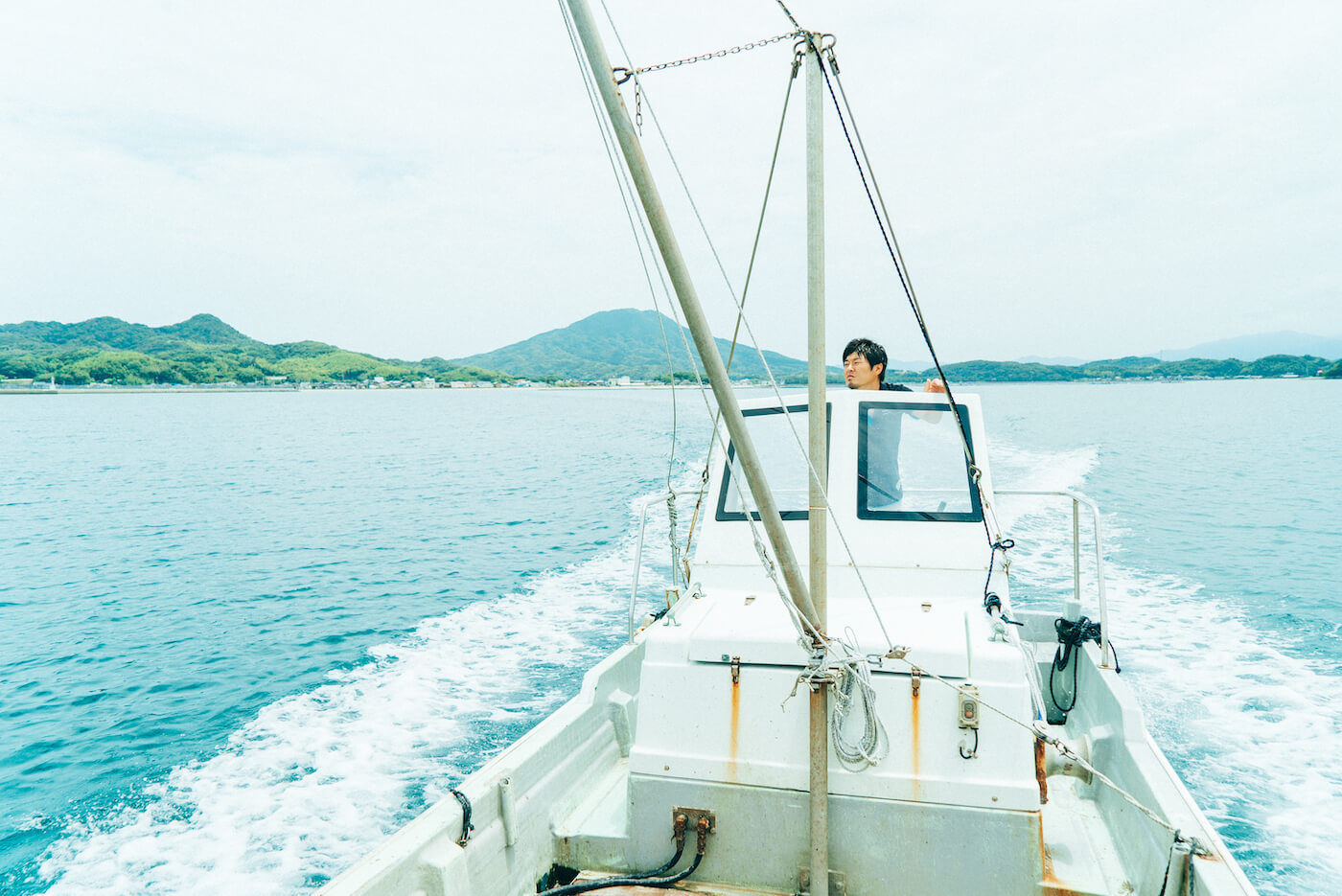 What led you to the work you do today?

When I was a student, I had a vague idea that I wanted to become independent and own my own business. I thought it would be cool to work all over the world, so I secured a job at a trading company. I was involved in various tasks, such as going overseas to buy products and developing products with clients. I learned a lot about how best to sell products by showcasing them in line with customers’ needs and how to add value to ensure customer satisfaction.

I was transferred to Tokyo, and looking back, that was a big turning point. One day, a friend of mine said to me, “If your family farms oysters, why don’t we go to an oyster bar?” My father started oyster farming rather early in his fishing career, and in 2001, he opened an oyster hut called Toyohisa-maru. However, it was not the magnificent oyster hut it is today; it was just a small stilt shack next to a fishing port. At that time, as I recall, one kilogram of oysters was about 600 yen. For the record, the oyster bar that my friend and I visited in a swanky neighborhood in Tokyo was like another planet. It was chic and charged 500 yen per oyster. I was blown away. I remember feeling that I really wanted this restaurant to carry my parents’ oysters. I immediately devised a plan to market our oysters to some of the most popular restaurants in Tokyo. 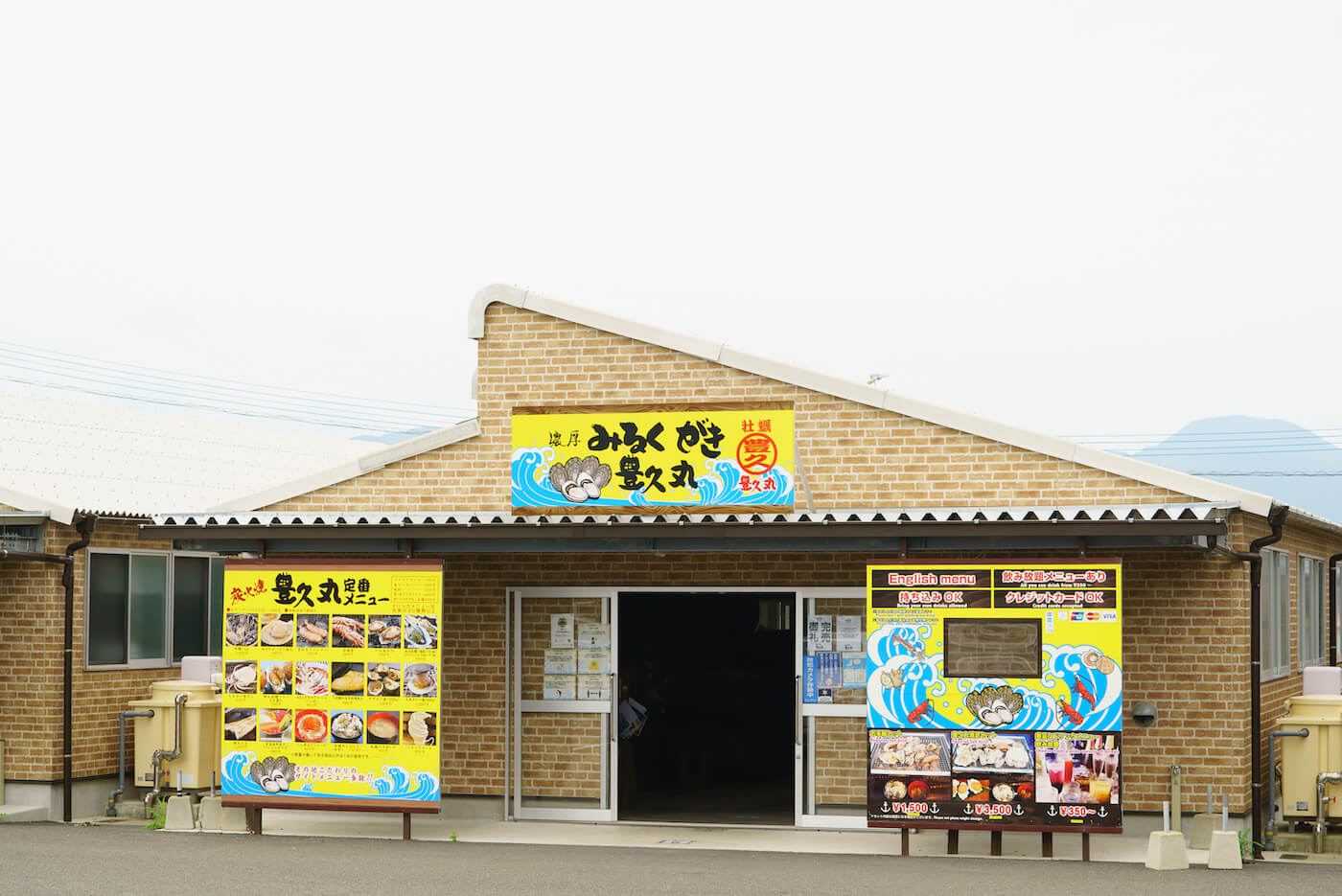 Did your oysters sell well in Tokyo?

Back then, no one knew where Itoshima was, so it was a difficult time. The representatives from popular restaurants told me they could see me at 2:00 or 3:00 after they closed, so I cut back on my sleep and made sales calls while still working at the trading company during the day. But thanks to this hard work, the first business deal I concluded was with a restaurant that had the most outlets in Tokyo. It was a truly fortuitous first step. 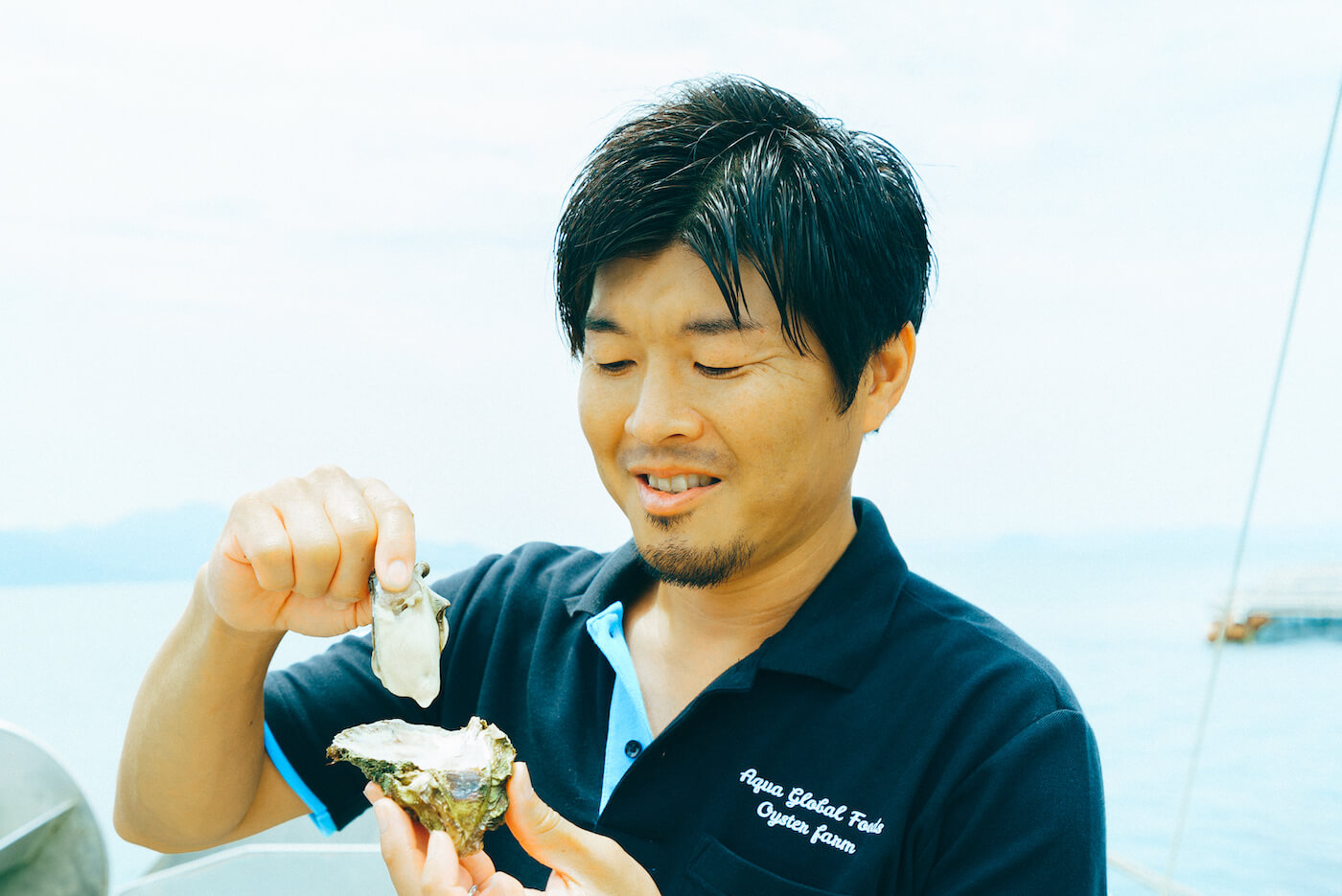 At first, I didn’t know what I was doing, so I learned the fundamentals of sales by just going out and doing it. I was told that I had to confirm whether the oysters were farmed in clean waters in order for the restaurants to sell them raw. When I asked my parents about this, they told me that the fishermen’s cooperative does not check for this when they inspect oysters. Luckily, the sea in front of my parents’ house met the criteria for clean waters as it was beneath the designated threshold for coliform bacteria. Compared to the rest of Japan, it is truly a valuable marine area. I think this is when I started to realize the value of my hometown. 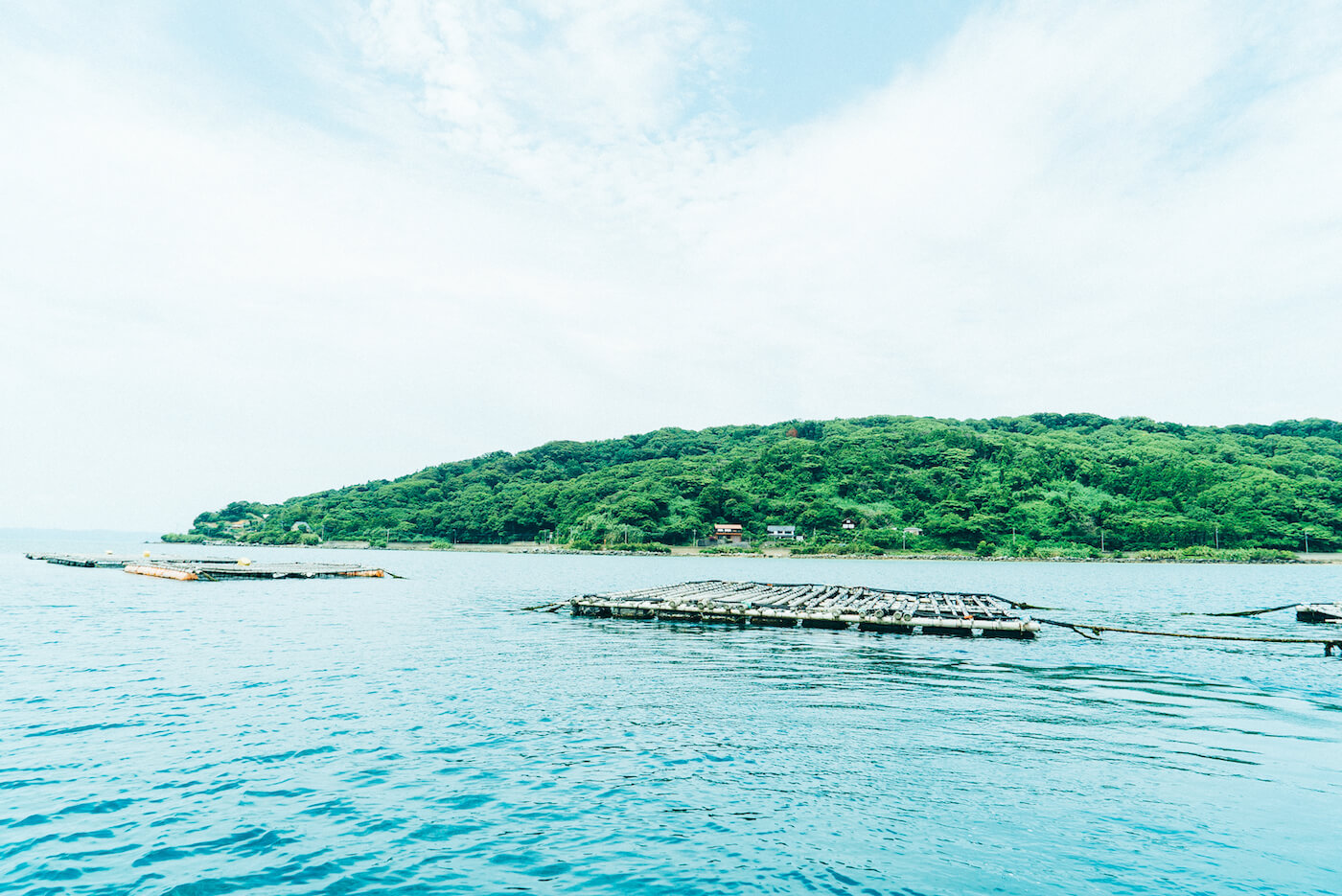 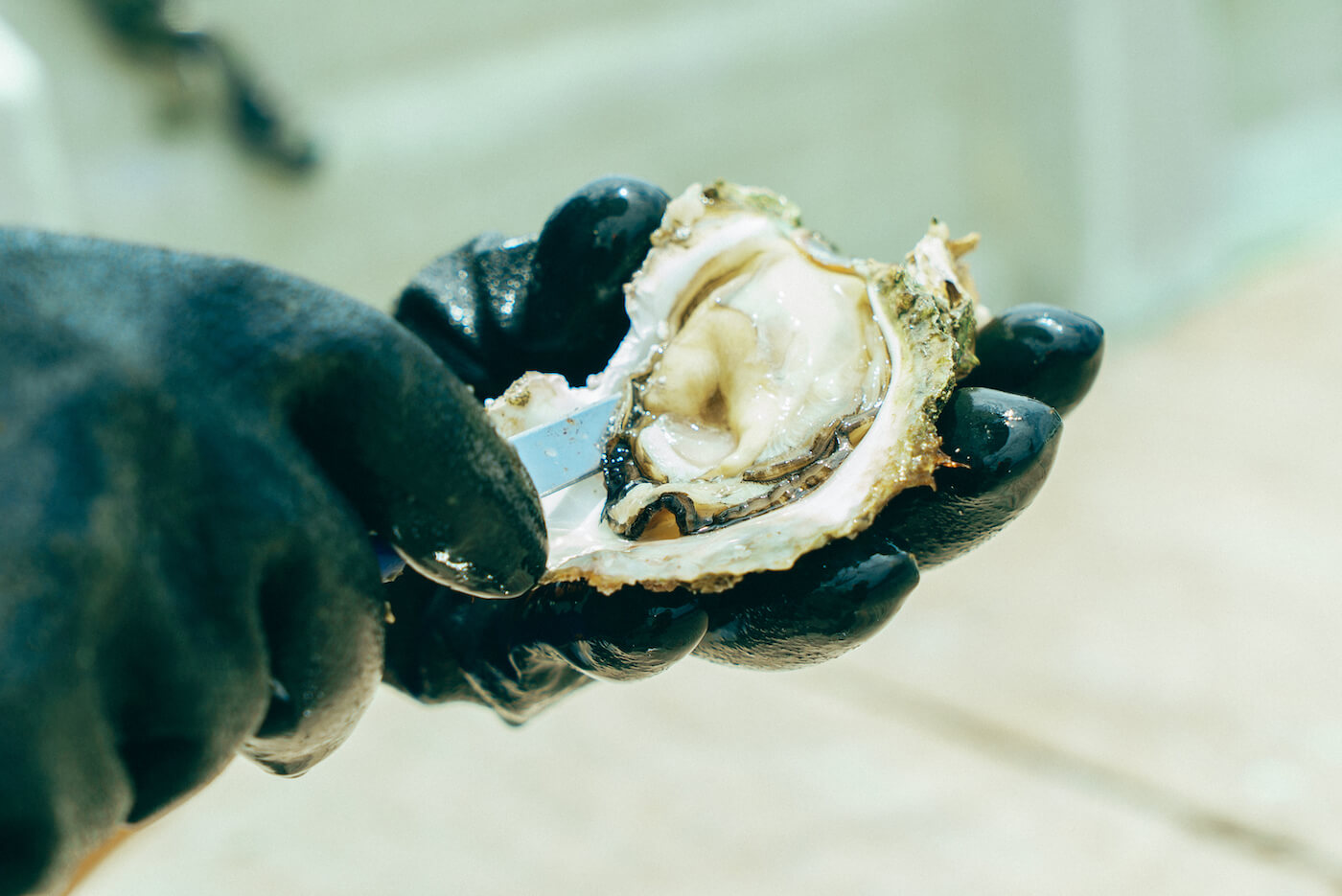 In 2012, you finally started a business like you always wanted to. Did everything go as planned?

When I felt that I had learned everything I was going to learn at the trading company, I resigned and returned to Itoshima. I had already started an oyster wholesaling business, so it was a relatively smooth launch, and I found it to be an enjoyable experience. The shipment of oysters ends in early spring. I had nothing to do during the summer, so I studied abroad in Australia for six months.

Australia also has a thriving oyster farming industry, but I was surprised when I actually went there. The fishermen were young and full of vim and vigor. What’s more, they exported the oysters they farmed themselves. They really seemed to be living full lives. I thought being a fisherman was an unprofitable job, so I wondered what the difference was between Japan and Australia. I realized it was all about how you go about the job. After returning to Japan, I set up a corporation and expanded into the import and export business. 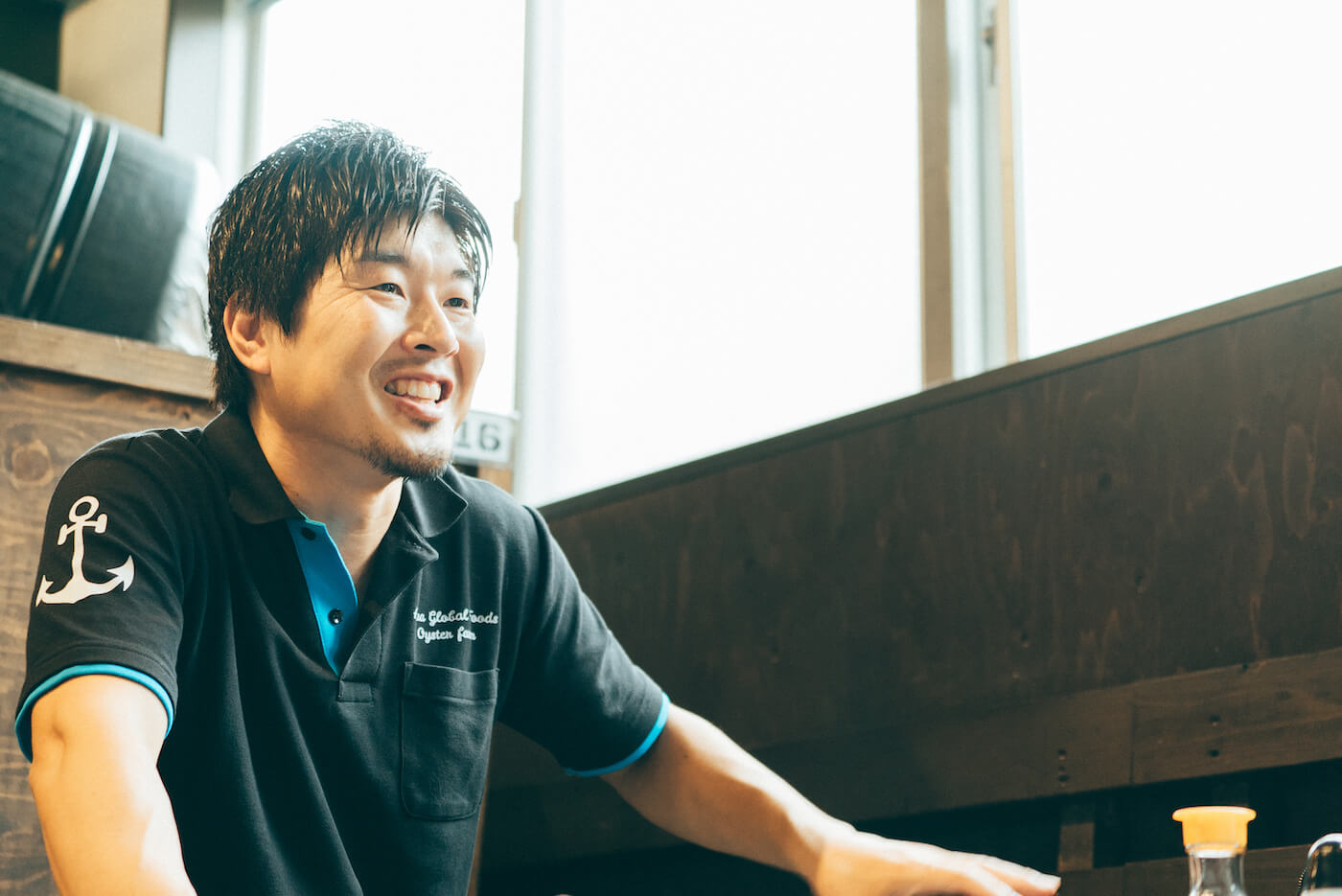 What is your dream for the future?

I left my hometown once, so I understand full well that Itoshima, which is surrounded by an abundance of nature, has tremendous potential. However, I think we need to develop more know-how in order to connect this potential to the market. My father is the only artisan-style fisherman in Itoshima who grows oysters from seed (larvae), but he is not good at selling them. That is why, having gained experience at a trading company, I would like to successfully commercialize the value I have uncovered in Itoshima and help to further enrich the region.

To do this, it is essential to protect the natural beauty of the region. My vision of the future is one where the local people can lead fulfilling lives while protecting fishery resources. This is not only my dream; it is my company’s management philosophy. 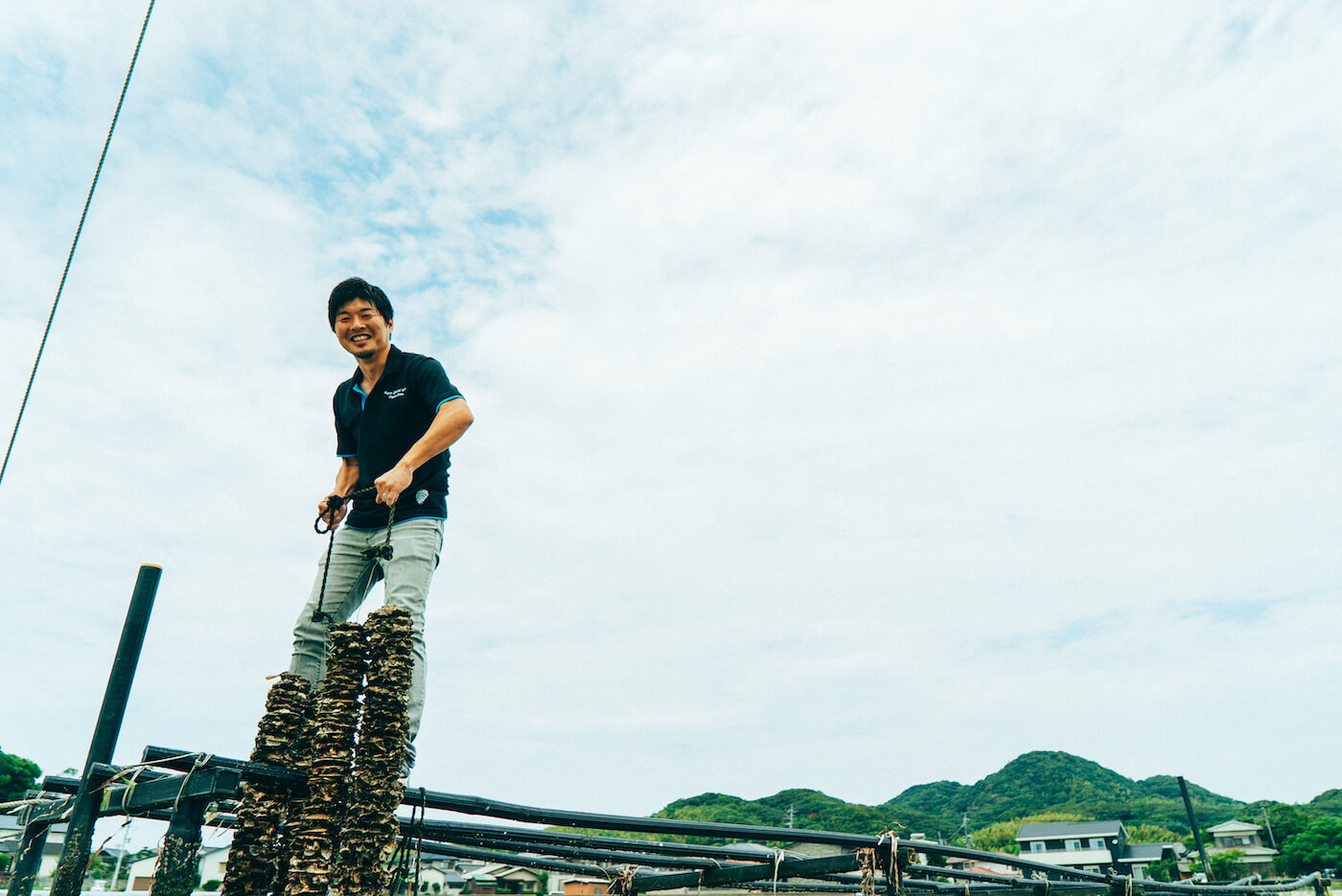 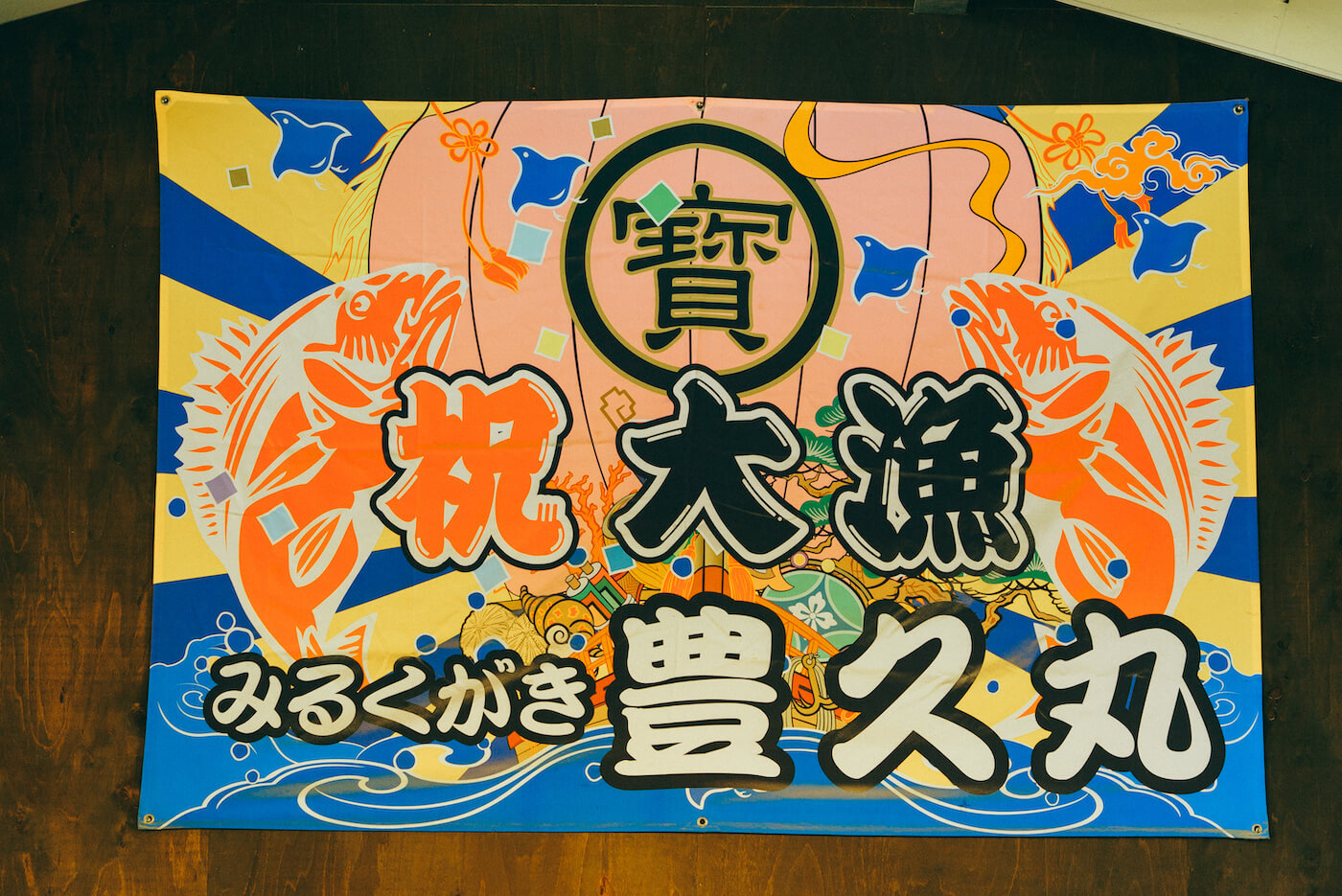