Mention Itoshima and people unfamiliar with the area might assume you’re referring to an island called “Ito.” While that’s not the case, there are some islands within Itoshima and Himeshima (Princess Island) is the biggest. Currently just 175 people live there and most earn a living from fishing. The island measures 3.8 kilometers in circumference and there’s a paved path around about two-thirds of it. You can continue to walk along the rocky shoreline but be careful of the tide! What’s there to do and see? If you’re an angler, then fish! There is at least one minshuku (inn) offering overnight accommodation, but otherwise Himeshima is just a nice place to putter around and enjoy the view of Itoshima from afar. Another attraction is the cabin in which the poet Botoni Nomura was exiled to in the late Edo period. She was exiled there for her political activity, but was rescued within a year by supporters. The other attraction on the island is the cats! The island is filled with friendly furry felines, and it’s just a matter of time until cat-loving tourists discover them. Photographing the cats is fine, but please do not feed them! Himeshima is just a 16-minute ride on a comfortable boat from Kishi Port. Stand outside on the boat’s stern and catch some sea spray and magnificent views! 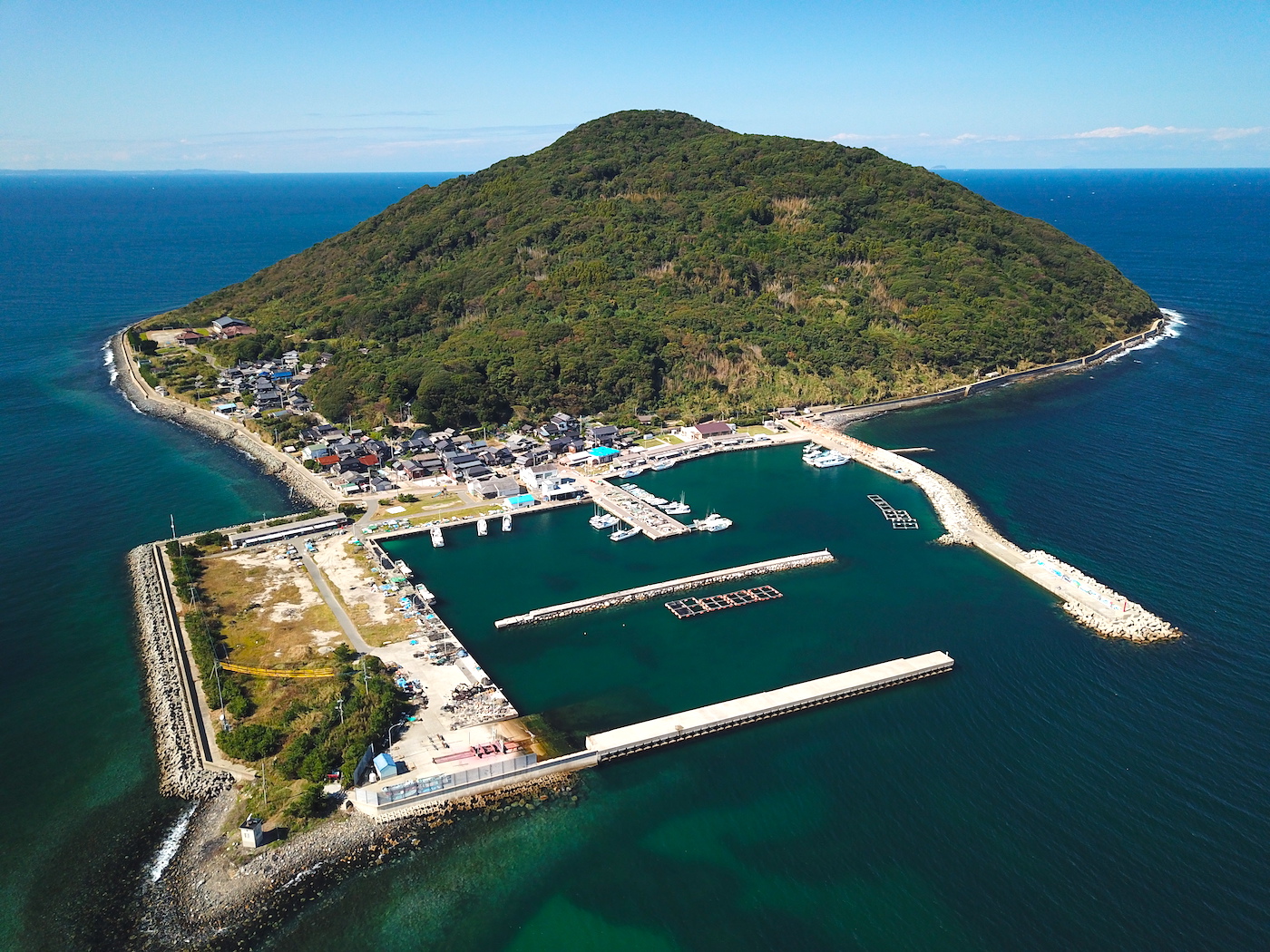 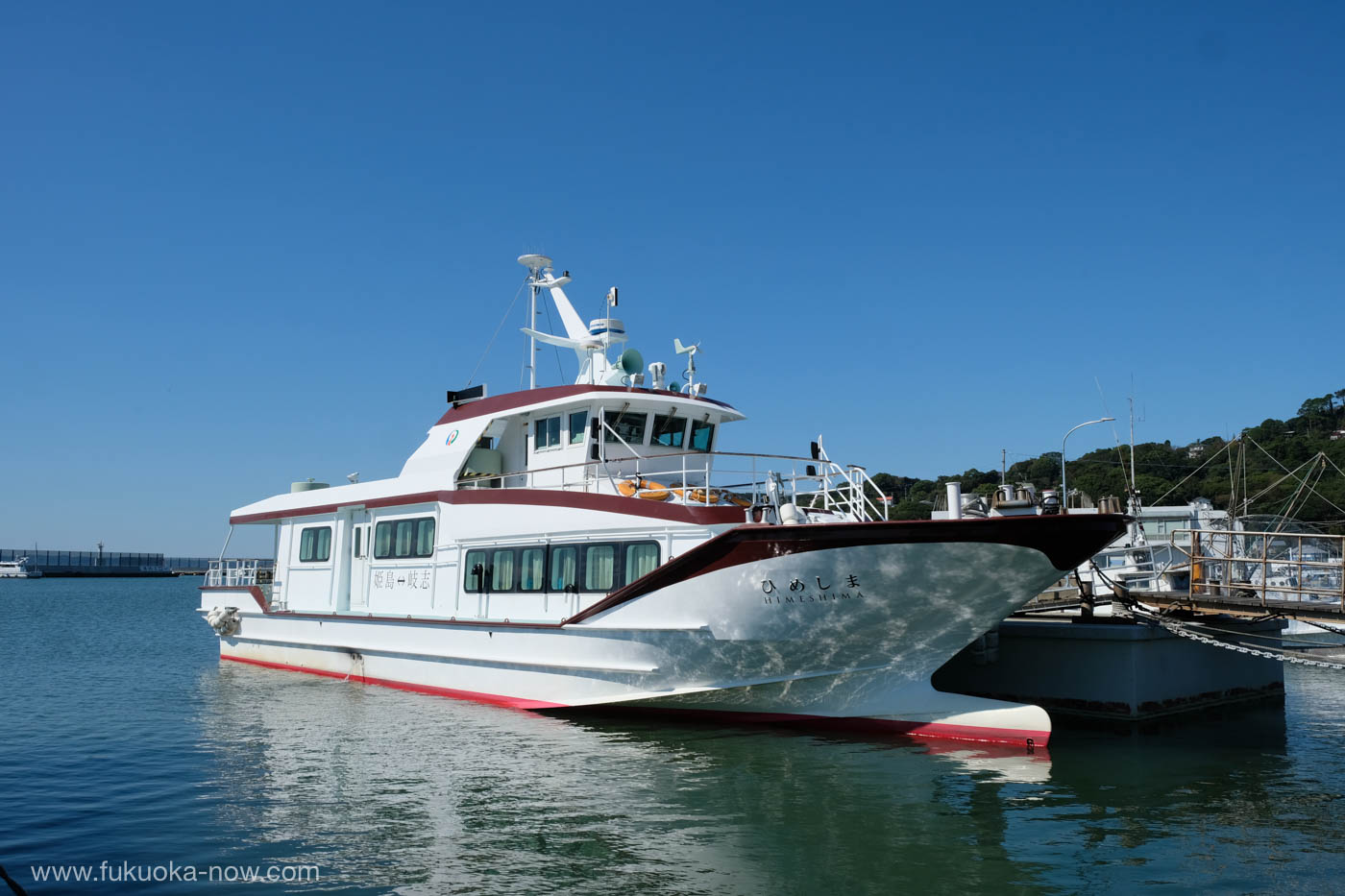 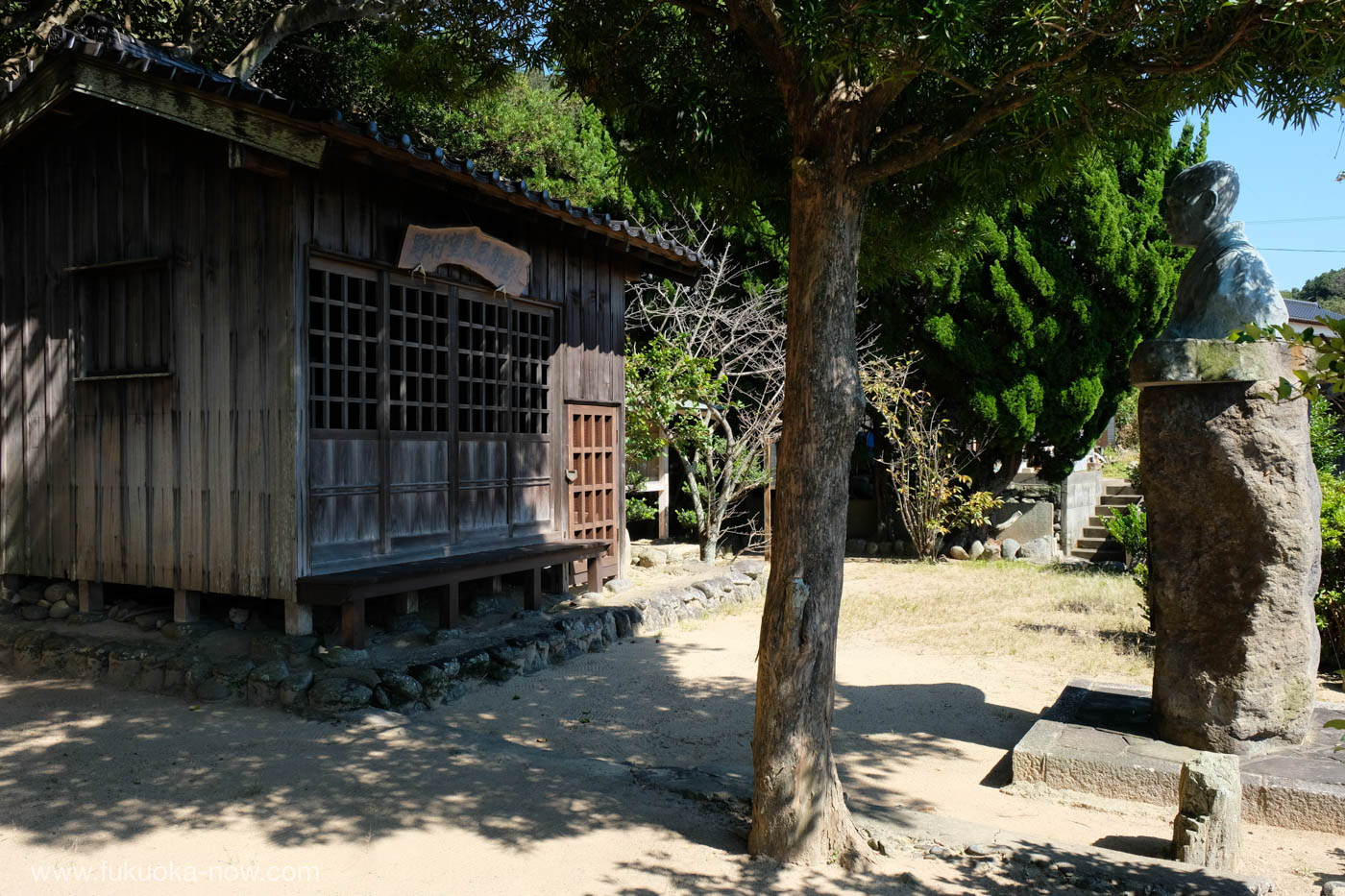 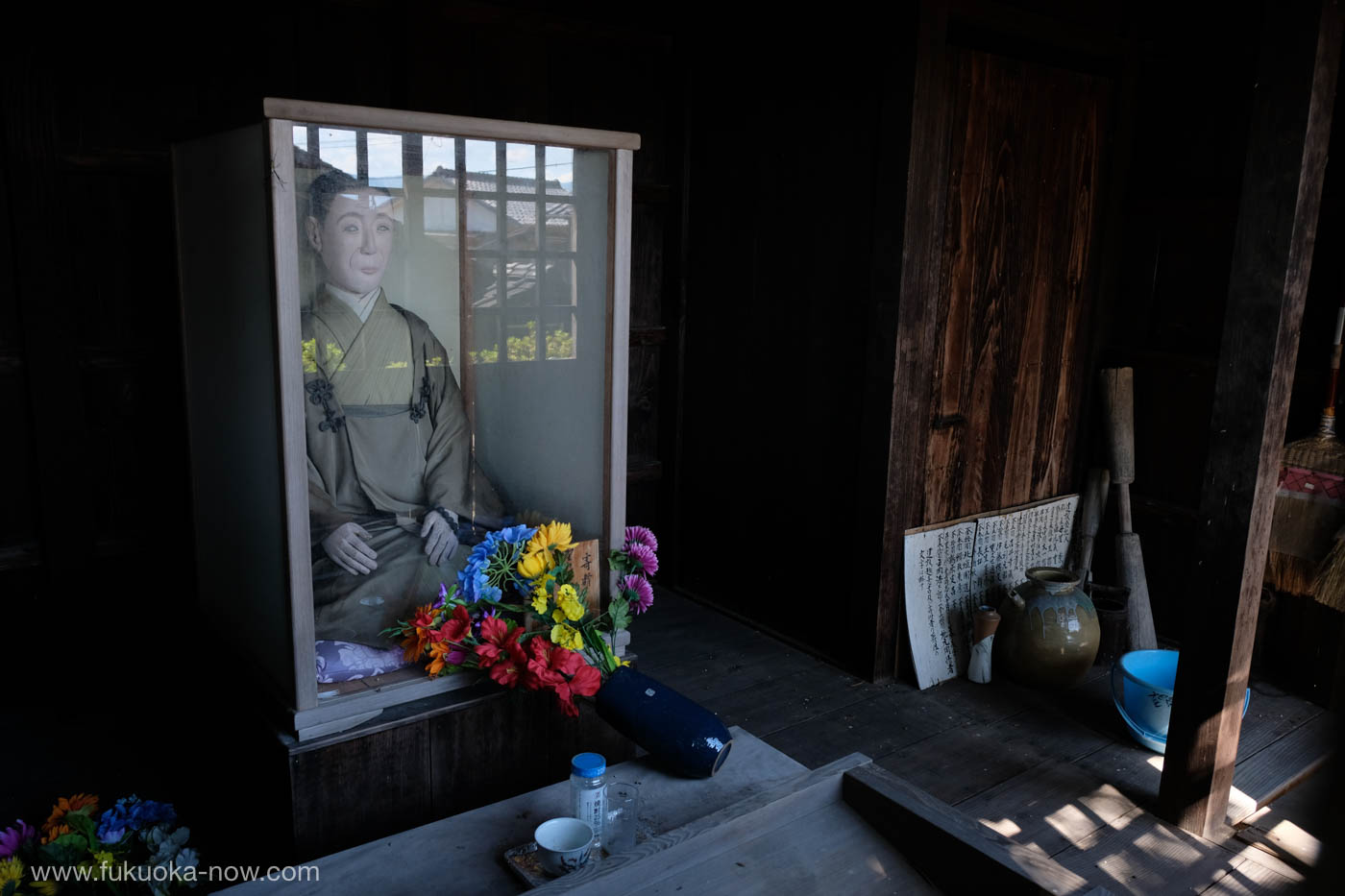 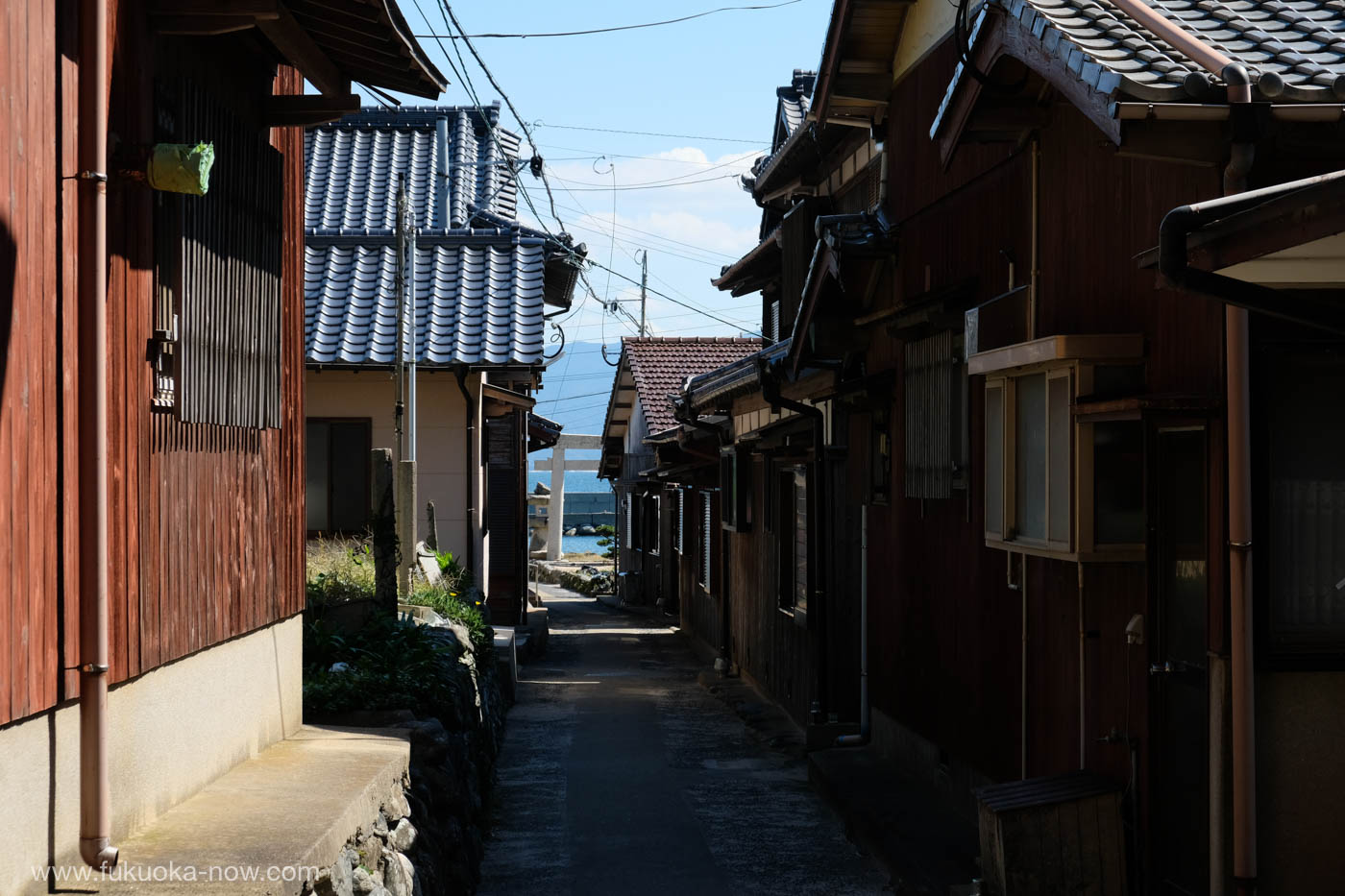 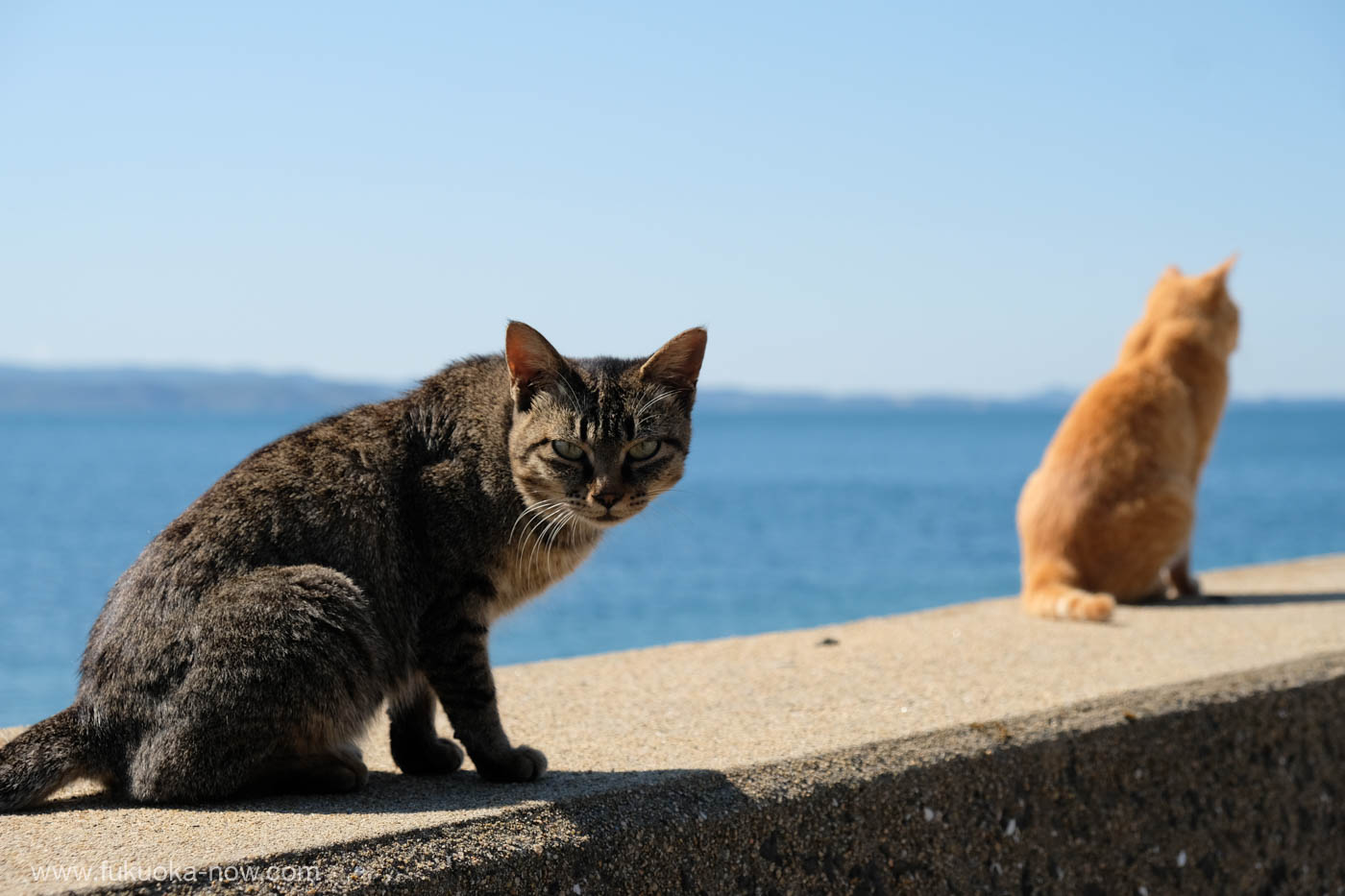 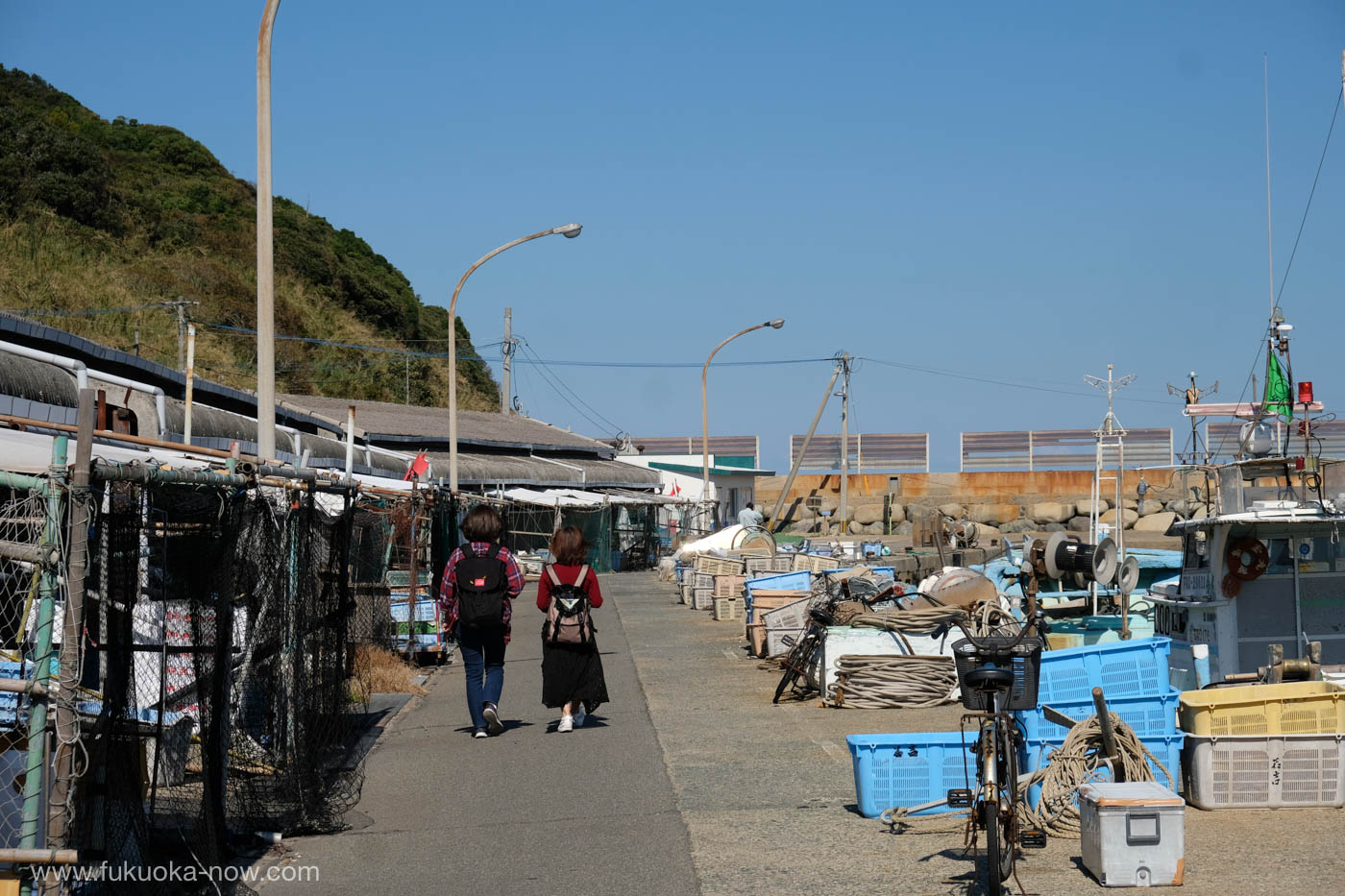